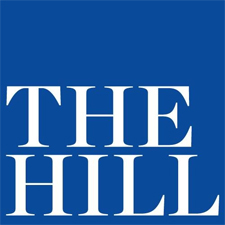 Not owning a gun helped saved my life.

When I attempted suicide two years ago, fortunately I had nothing dangerous enough at home to end my life before realizing that something deep within me still wanted to live. My lack of firepower allowed me to negotiate myself away from choosing death. When others veterans struggle with suicide and turn to guns, the bullet decides before they ever have a second chance.

Every 65 minutes a veteran commits suicide. With each passing day, 22 more veterans die.

According to statistics from The American Foundation for Suicide Prevention, veterans commit suicide at 3.26 times the rate of civilians. This month, The Los Angeles Times reported that women veterans commit suicide at six times the rate of civilian women, due to them choosing more lethal means. A VA report from 2000 to 2010 confirmed that 40 percent of women veteran suicide deaths were from guns.

Two friends, both fellow West Point women graduates, shot themselves while still on Army active duty. One of them had yet to serve in combat.

Congress just passed a new bill to address this suicide epidemic. It would require the VA to identify the most effective mental health and suicide prevention programs for women veterans.

I hope I’m invited to that discussion!

Regardless of gender – first and foremost – the fastest way to drastically reduce veteran suicides is to eliminate guns. Period.

I realize deterring veterans from gun ownership is a hefty challenge. Ever since basic training, we have all been conditioned to embrace guns and rely on them for protection. After carrying one 24/7 in Iraq, being without a gun felt naked. But I am living proof that there are ways to educate, train and deprogram veterans from believing that they need a gun to live safely.

At the very least, the VA needs to identify which of their patients have access to guns. Upon entering the VA health care system in 2007, I answered myriad questionnaires about sexual harassment, assault and PTSD. Not once did anyone ask if I owned a gun. (At the time, I was married and had two guns at home.)

Second, the VA needs to ensure consistent treatment from mental health providers who are focused on cultivating trustworthy relationships and are accessible when their patients are in crisis. After cycling through many VA therapists, someone suggested I seek treatment through private practice. Thus began my 5 year healing journey with Dr. Jack Foehl, Ph.D.

Imagining Jack’s reaction to the news of my death is what made me stop hurting myself mid suicide attempt. I knew he would be devastated, not just because he’s my doctor, but because he deeply cares about me. When I texted Jack about my crisis that Sunday morning, he took immediate action to get me help at the nearest hospital and then visited after they admitted me.

The VA also needs to create support groups for each veteran sub-demographic and incorporate better programs for transitioning to civilian life. The loss of purpose and identity are major factors with depression and suicide. My mental health struggles started after I left the Army, even though my combat tour was three years prior.

While Jack helped save my life, I still needed a supportive, validating and nurturing community of like minded friends. I asked many agencies around Boston to help me find a group, but all were at a loss. My solution was to move back home to Florida, where it’s been easier to deepen my roots. Fortunately, I can still Skype with Jack, and I think the VA should consider this innovative and flexible arrangement.

Ultimately, veterans need to value their lives enough in order to put forth the effort required to heal from trauma, overcome mental health challenges and transition into a civilian world where their warrior fighting spirit may not be appropriate. The military teaches that self-sacrifice is the only way to honorably live. I believe this sentiment alone causes too many veterans to think their lives are dispensable and to choose death when life becomes to difficult to endure.

It’s taken me years to appreciate and honor my life. There are many holistic practices that cultivate this philosophy, including yoga, energy work, meditation and acupuncture. I implore the VA to offer all of these healing modalities.

Deep down, I believe that suicide victims wanted a second chance. Congress and the VA have an incredible opportunity to make a profound difference. I hope they heed my advice.

Westley, a West Point graduate and Iraq War veteran, is president and founder of War Virgin, Inc. Through War Virgin, she is a military mental health consultant, author of her forthcoming memoir and creator / star of her musical comedy show – both titled War Virgin.