I am a recovering Jesus addict.  By Jesus addict, I mean pure and innocent virgin.  Being in recovery means that all of my Christian friends now probably think that I’m a dirty whore.

My addiction to Jesus started at a young age, when my father shoved religion down my throat, namely to keep me from shoving other things down my throat.  It seemed as if his sole purpose in life was to prevent me from getting laid.

He told me that if I had sex, he would be able to tell, because I would lose that special “sparkle in my eye.”  It was paramount to keep Daddy happy, so I had to do everything within my power to maintain my sparkle.

According to what I gleaned from my church lessons, sex specifically meant penile penetration.  So I was perfectly justified dry humping my high school boyfriend in his mother’s 1990 Buick.  It didn’t matter that after a date, when he pulled into my driveway, I’d unbuckle my seatbelt, hop over to the driver’s side, align the crotch of my jeans with the bulging crotch of his jeans and grind away until I had an orgasm.*  Jesus didn’t consider this sex, and I could still keep my sparkle.

But then my father told me that I shouldn’t even listen to music above 120 beats per minute, otherwise I would become sexually excited.  Shit!  Was I going to lose my sparkle just from dancing the Macarena at prom?

Around the same time, we had the whole birth control discussion: “The only thing you need is an Aspirin.  Stick it between your legs, and don’t let it drop!”

Clearly I was misinformed…

Ironically, my Aunt bought me the book, How Babies are Made, for my third birthday.  So at a very young age I knew all about the mechanics of my reproductive system.  The book’s colorful diagrams also taught me that it takes a penis to make a baby.  Thus began my obsession with wanting to learn more about the penis.  Unfortunately, though, this was the main mechanism that boded to destroy my sparkle.  But that didn’t stop me from having Ken knock up Barbie, grabbing the crotches on the male mannequins at Macy’s and watching vasectomies on The Learning Channel.

Right before high school graduation, I had the opportunity to study adult penises, in the flesh, in all of their glory.  Typically this would make Daddy livid, but my meat gazing was technically a homework assignment, job shadowing a surgeon, and Daddy wanted me to become a doctor.  Anything for my education!

Unfortunately these penises belonged to men in their 80s with prostate cancer.  So my first exposure (pun intended) into the world of male genitalia involved testicles that dragged down to the knees.

In an attempt to remedy my naiveté, I applied to West Point, because if there’s any place where you can become exposed to a lot of great penises, it’s a military academy, right?  Within five minutes of visiting this esteemed institution, it’s clearly evident that West Point is one huge sausage fest.  Even the landscaping is phallic with cannons donning the lawns.  The most famous monument, Battle Monument, is essentially a giant shaft.  To be more reflective of its true nature, congress should just enact some type of legislation to change the school’s name to Penis Point.

I arrived at West Point, ready and determined to embark on a special type of education.  But then I learned about the rule that strictly prohibited me from closing my bedroom door, if someone of the opposite sex was present.  You see, West Point has a myriad of rules that govern every facet of human conduct, especially in regards to sexual activity.**  The leaders purposely make conditions nearly impossible to foster any type of normal collegiate romantic relationship, or have any semblance of privacy…unless you’re gay, and then you can easily get it on in your bedroom with the door closed.

After four years of continued celibacy, I graduated from West Point, a trained leader, ready to take on the world and armed with a top-notch degree, although devoid of the education I really wanted.

I thought my plans to learn more about penises came to a screeching halt when President Bush declared war on Iraq.  Apparently my country needed me to fight in the Global War on Terrorism.  “Wait a minute,” I thought.  “Is this some kind of conspiracy?  Did my father order up the war, just to keep me from getting laid?”

So on January 24, 2003, I deployed to the Middle East and embarked on a journey that I knew would probably change my life, but not nearly to the extent that it did.  You see, I wasn’t expecting to have Jesus directly talk to me.  I thought he only saved this open line of communication for important matters, like when he told President Bush to invade Iraq.  But remarkably, in the middle of the war, Jesus told me that I could finally have sex.  AMEN!

*It’s unfortunate I didn’t realize this was an orgasm until several years later.
**According to the rules, heterosexual cadets are only allowed to have sex in a van down by the Hudson river. 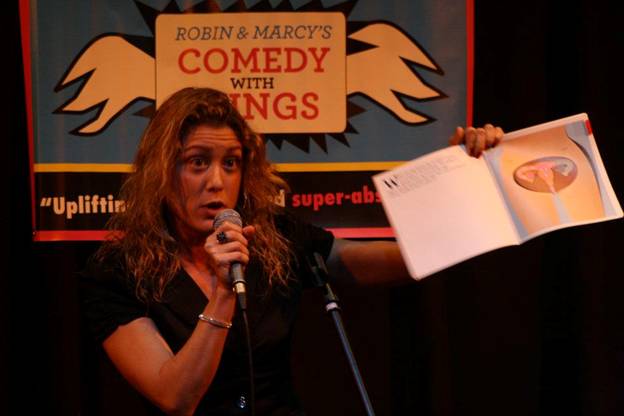 “By the time I turned four, I knew exactly where my fallopian tubes were.” 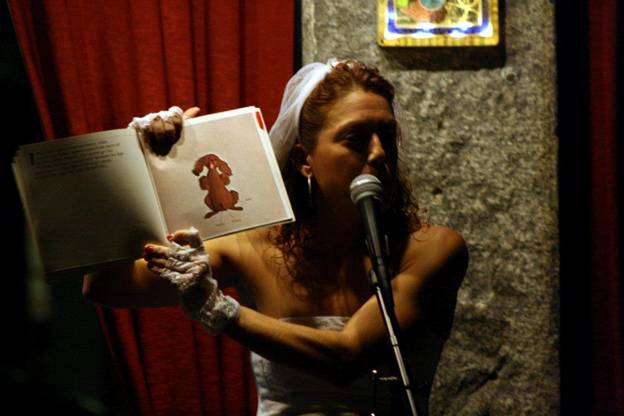 “And this diagram taught me that it takes a penis to make a baby. By the way, this dog has a huge erection!” 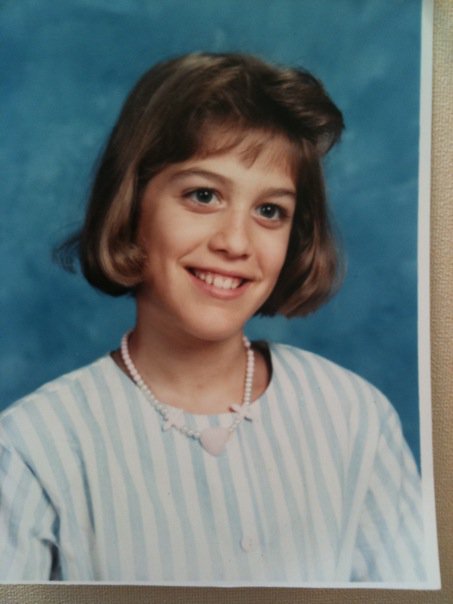 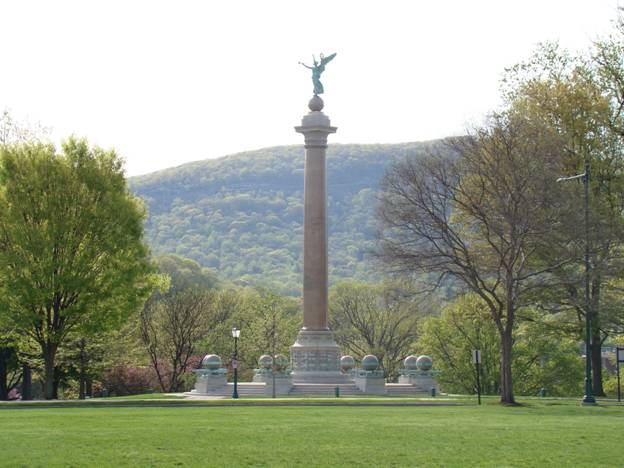 They really ought to change the name to Penis Point. 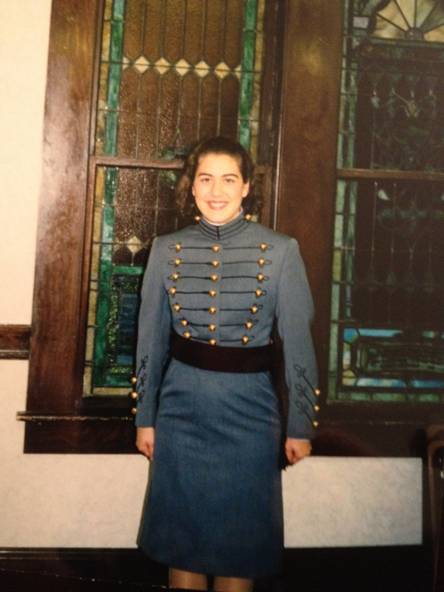 Does this sparkle make me look fat? 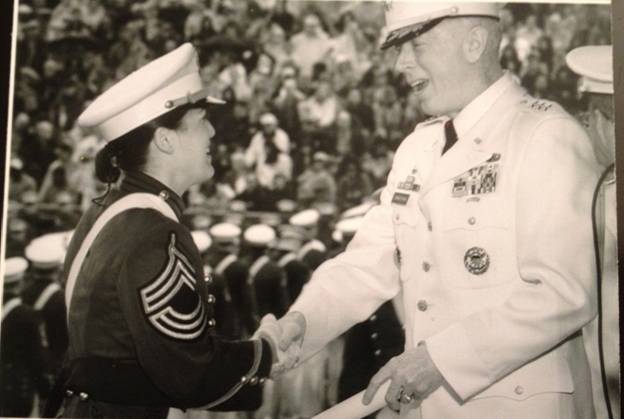 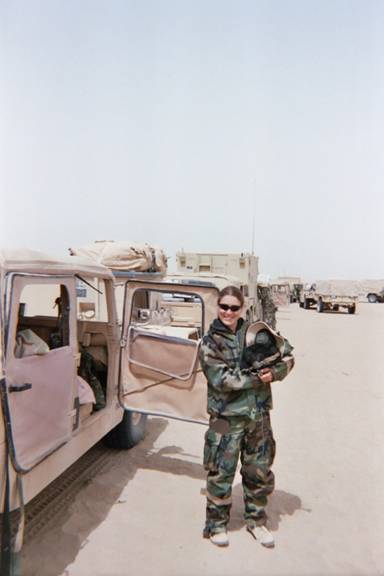 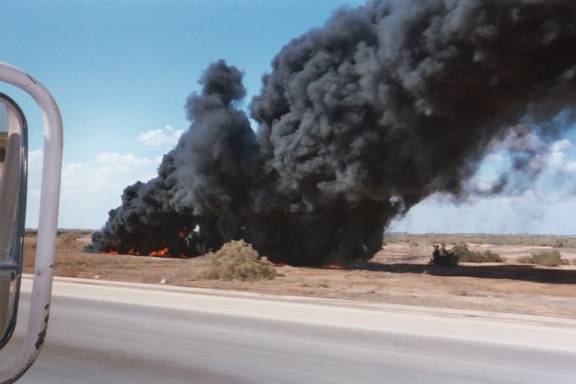 And just like the Lord appeared before Moses in the form of a burning bush, here in Iraq the Lord is telling me that I may lose my sparkle. 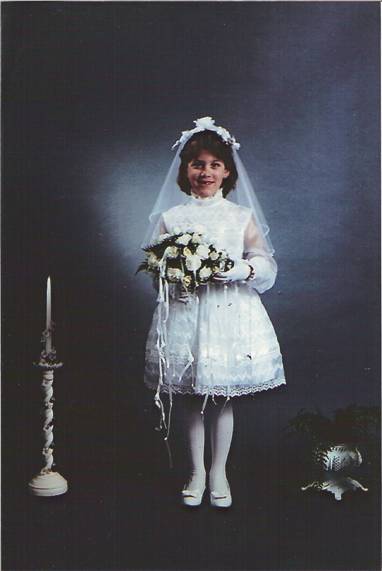 Nothing weighing me down here… 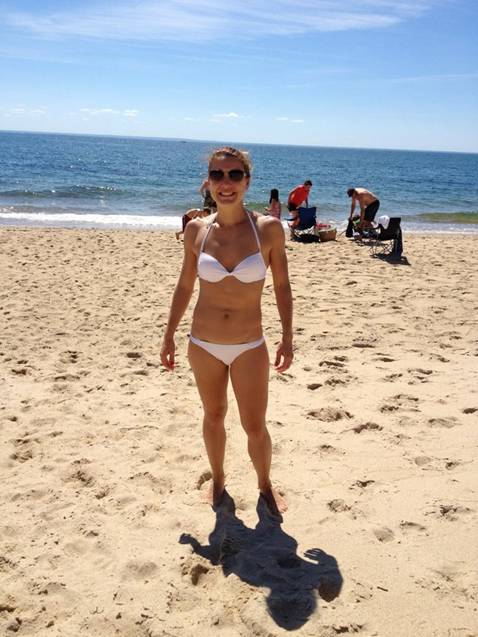 The only thing sparkling in this picture is the beautiful ocean…